It is obvious that the current situation in Iran spells that the regime intends to continue its nuclear program. While that is the target of the Obama administration’s agenda in the Middle East, the reinstitution of Mahmoud Ahmedinajad to the Iranian presidency will also cause nuclear and conventional weapons proliferation to take additional dimensions in the rest of the Middle East as well.

There is evidence that neighboring Arab states had been initiating their own troubling nuclear activities prior to the Iranian elections. Just past may, the IAEA reported traces of enriched uranium in Egypt. It is now widely accepted that the Syrian site bombed by Israel in September, 2007 contained a secret nuclear reactor being built with North Korean assistance. In addition, countries of the region are upgrading their conventional arsenals and military spending to unprecedented levels. Middle East security is growing increasingly precarious in the shadow of Iran’s nuclear program that will evolve during Ahmadinejad’s next term.

Since 2003, Iran’s nuclear program has been a major threat to Middle East security and it took a turn for the worse when the conservative president Ahmedinajad took power in June, 2005. Arabs and Israelis alike expressed their concerns over Iran’s nuclear ambitions despite their political disputes, but they have taken different measures to mitigate the threat. While Israel has had the confidence to threaten the use force against Iran’s nuclear sites, Arab states lacking Israel’s military might have remained silent, relying on the United States to prevent Iran from becoming a military nuclear state.

Silence, however, does not mean inactivity. The revelation of enriched uranium in Egypt underscores that Arab states will not sit on their hands as Iran continues its activities. The fissile material was discovered northeast of Cairo in the region of Inshasa where there are two declared research nuclear reactors. Egyptian officials denied any illegal activities and claimed that the traces of enriched uranium were from contamination on containers filled with nuclear isotopes that were imported from overseas. This was not the first time that Egypt was questioned by the IAEA. On January 4, 2005, the IAEA announced that it found evidence that Egypt had conducted nuclear experiments that could be used to develop a nuclear weapon. The subsequent investigation concluded that Cairo conducted legal nuclear activities, and Egypt’s officials said that they simply neglected to declare them. While Egypt’s nuclear intentions are unconfirmed, it is openly bolstering its conventional arms, in large part due to its desire to counter Iran’s growing influence and restore the balance of power in the region.

The case of Syria adds another layer to the complexities of nuclear proliferation and power struggles in the Middle East. Unlike Egypt, the Syrian government is closely allied with Iran, and it would instead use nuclear weapons to deter Israel. The IAEA has not yet concluded its investigations of the bombed Syrian nuclear site. Officials in Damascus have not cooperated fully with the Agency and prevented the inspection of three nuclear sites for « national security reasons. » According to the most recent IAEA report released last November, inspectors found a ’’significant number of natural uranium particles » that were determined to have been manufactured. The IAEA chief, Dr. Mohammed El Baradei, whose term is ending next September, has expressed his disappointment in the Syrian government’s lack of transparency.

There are other reasons for concern. The international community is often unaware of significant military developments. For example, the United States was unwitting of Saudi Arabia’s purchase of 36CSS-2 ballistic missiles from China in 1986. These missiles have a 1,500-mile range, with the capability to carry nuclear warheads. Saudi Arabia has a strong relationship with Pakistan and it helped to finance the initial stages of the Pakistani nuclear program. In light of Iran’s seemingly steady march toward nuclear weapons and the strained relations between Washington and Riyadh, Saudi Arabia might seek to purchase nuclear warheads from Pakistan, an option spelled out in a 2003 Saudi strategic review that was revealed by The Guardian.

If Iran succeeds in becoming a nuclear military power, opaquely or transparently, the spread of weapons of mass destruction in the Middle East would become more likely as Arab anxiety rises. Although Iran’s Arab neighbors are a long way from developing their own nuclear technology, we now know they have made clandestine efforts in this field. Alternatively, Arab states could turn to chemical and biological weapons. Syria and Egypt have not yet ratified the chemical and biological weapons conventions, and they do not necessarily need advanced technology or expertise to produce such weapons. The proliferation of ballistic missile programs is also on the horizon. Iran and Syria have been purchasing North Korean missile technology despite a UN embargo. It is likely that other Mideast nations could follow suit since the North Korean economy relies heavily on the sale of military technology.

Because Ahmedinajad’s power continues to alarm neighboring Arab countries, it is even more critical that Iran’s nuclear activities be stopped. However, rather than pursuing their own WMDs, the Arab states should join with the international community to step up diplomatic efforts to halt Tehran’s nuclear drive. _ Tariq Khaitous is an expert on nuclear proliferation and security issues in the Middle East. He is author of Arab Reaction to a Nuclear-Armed Iran. He was most recently a visiting fellow at the Washington Institute for Near East Policy. 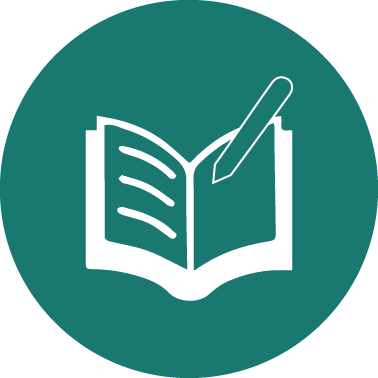